Deputy Governor of Lagos State, Idiat Adebule has urged parents and guardians to step back and allow health workers, and the rescue team to do their work.

She said, “We commiserate with the families of the affected pupils and staff.

“We are urging parents, who are anxious to see their children and wards, to allow medical doctors and government’s rescue team to do their work in rescuing and protecting the lives of the victims.

“We are also assuring you that the state government will do its utmost to ensure that the best medical attention is given to those that have been rescued so far.

“We are also intensifying efforts to safely rescue other pupils and staff that are still trapped,” Adebule assured them. 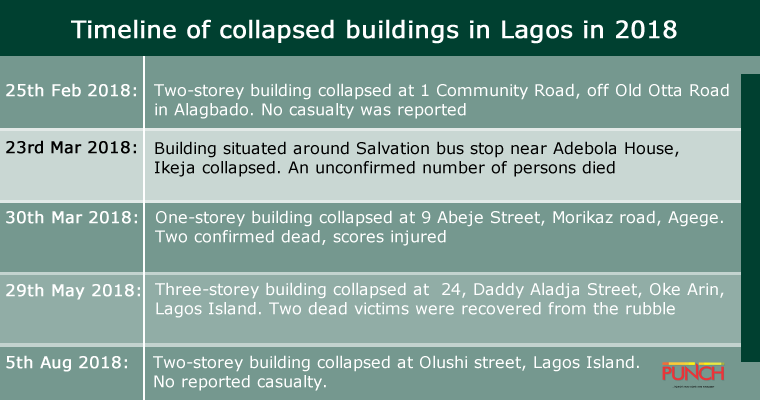 She said 20 casualties have been brought in so far and they are being attended to.

She, however, said 5 have been transferred to other hospitals.

She also confirmed that her team is on the ground to monitor and manage the situation at the General Hospital.

I left my father, sisters at home – Building owner’s son

Erinoluwa Akinmoladun, son of the owner of the collapsed building, who is also seen assisting in the rescue operations said he noticed the weakness in the structure of the building this morning and alerted his father without knowing that the building was going to collapse.

“I left my father and sisters at home,” he said

The Governor of Lagos State, Akinwunmi Ambode, on Wednesday, said that buildings within the vicinity of the collapsed building at Ita-Faji, on Lagos Island, would be subjected to integrity tests.

He said that if any of the buildings failed the integrity test, it would be demolished.

A victim being rescued from the rubble of collapsed building

Rescue getting easier with the deployment of sophisticated gadgets. @lasemasocial @fedfirelagos

The governor of Lagos State, Akinwumi Ambode has arrived the scene of the building collapse on the Lagos Island where over 100 school pupils are reportedly trapped.

The Governor, who came in at exactly 2:45 pm, said from the briefing he got from the Lagos State Emergency Management Agency boss, 25 bodies have been rescued so far. 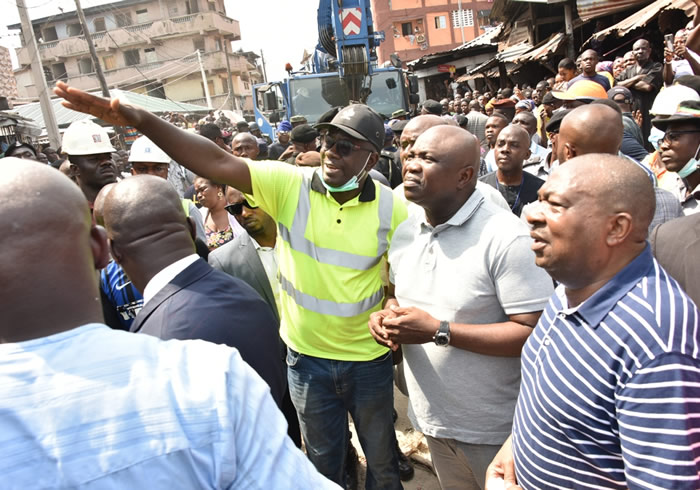 Most buildings on Lagos Island are not strong —Twitter users

In the aftermath of the collapse of a three-story building on Lagos Island, Twitters users have said that most buildings on Lagos Island are structurally weak

Quality of storey buidlings by these so called developers in Lagos Island needs to be revisited. Shame we only point this out after major disasters. You can hardly pin nails to the walls of those houses. God help the affected families! 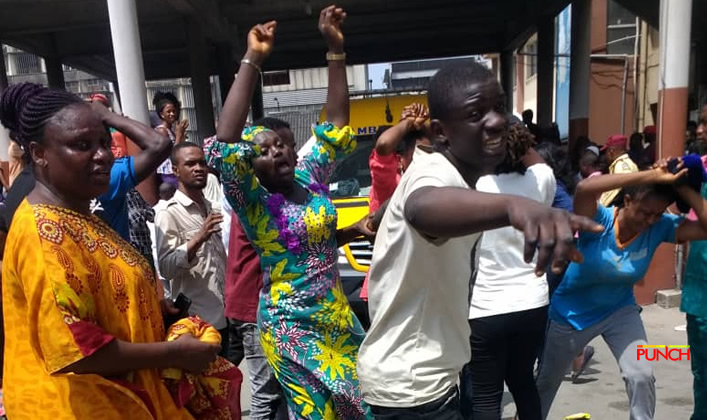 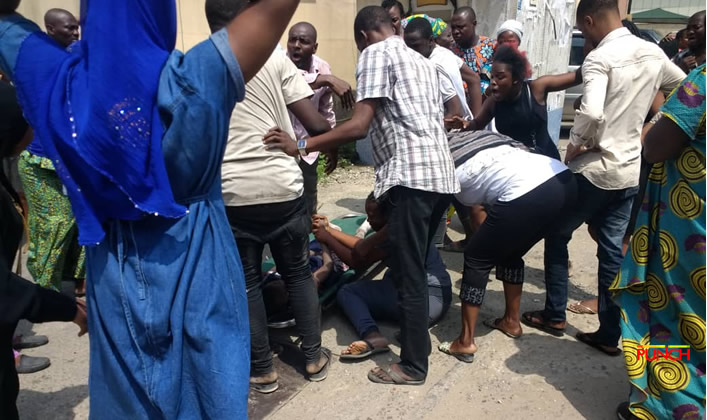 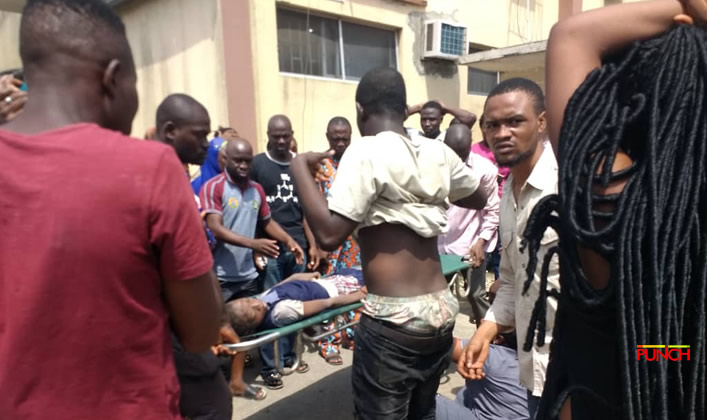 Video: Tragedy in Lagos Island as 3-storey building collapses. Some people have been reported dead, some rescued, while some are still trapped in the building as efforts to evacuate them is in progress. 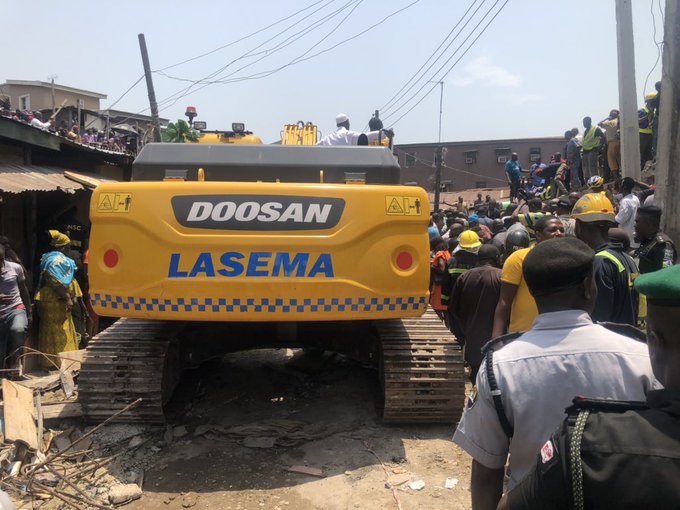 An eyewitness of the Ita-Faji, Lagos, school building collapse has said that the compromised building had been twice marked for demolition by the authorities.

Taking to his Twitter handle, Olabode, with Twitter handle, @Mozeed23, had alleged, “I heard the house had been marked twice for demolition if so some people need to go to jail.”

@Mozeed23 had tweeted back at The Lagos State Govt via the verified Twitter handle, @followlasg.

22 persons have been rescued from the three-storey building that collapsed at Ita Faji, on Lagos Island on Wednesday.

According to the latest update, a total of 22 persons have been rescued from the scene of the collapse.

The three-storeyed building, which housed a primary school on its last floor collapsed around 10 am. 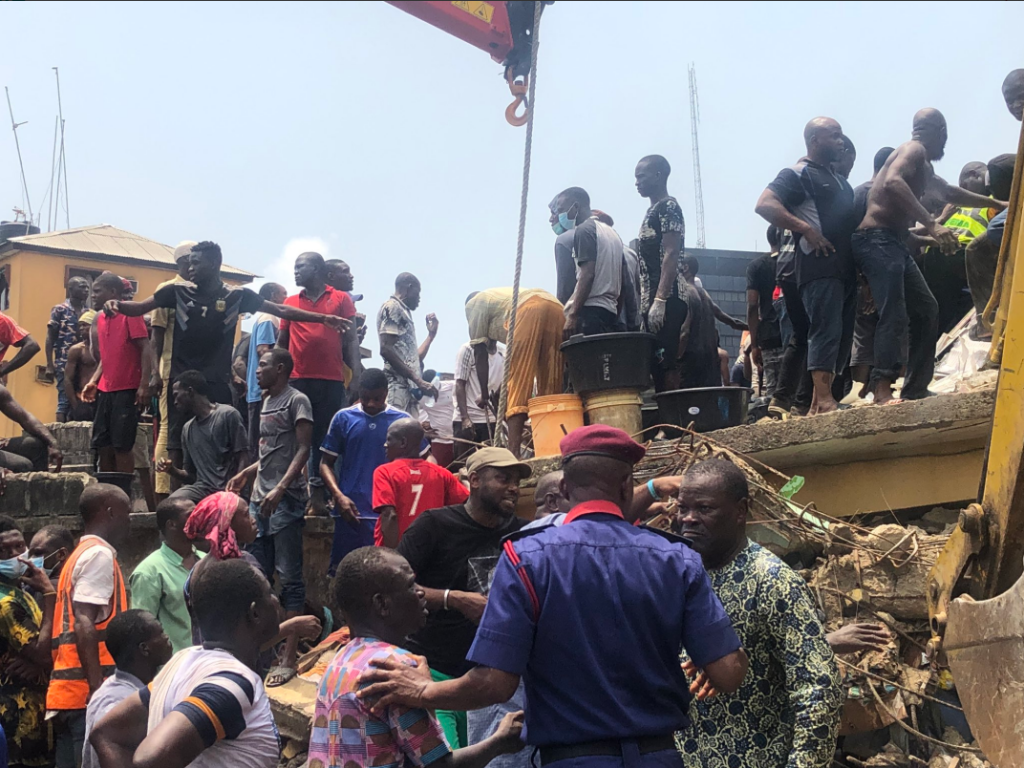 At least 10 primary-school pupils are trapped inside a building which collapsed in central Lagos on Wednesday, a rescuer said.

“At least 10 children” are inside the building and are “thought to be alive,” said the rescuer, who gave his name as Derin. 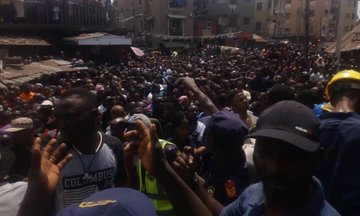 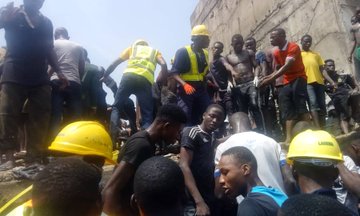 A three-storeyed building housing a nursery/primary school has collapsed in Ita-Faji area of Lagos, with scores of pupils and others reportedly trapped underneath.

This is a developing story, and our reporters are on the ground to provide updates…