Earlier today, AutoReportNG published some exclusive photos of the UNN’s electric car. The car which was applauded by the Director-General of National Automotive Design and Development Council (NADDC) was quoted saying, “The council is happy that UNN is the first to prepare a paper design and produced electrical car that has been unveiled and test-run today in the university.

“We urge other universities and higher institutions in the country to emulate innovation and technology spirit of UNN.”

While this is commendable and we salute the excellent spirits in these students that have toiled day and night to make this a reality, however, we felt the DG of NADDC may not be totally correct that UNN is the first institution to produce an electric car with the following reasons and pictures to back up our claims.

According to the newsletter of Covenant University Dated Oct 6th, 2014, it was reported that CU Invents Electric Automobiles. In a post giving a detailed explanation on how this was made, the university explained that two saloon cars (with and without Air-condition) and a tri-cycle were some of the research products developed and exhibited by the University as part of events marking the Chancellor, Dr. David Oyedepo’s 60th birthday recently. 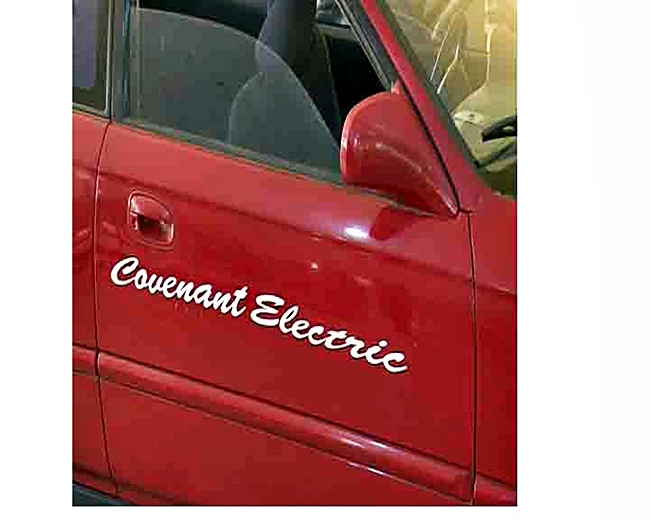 The research work sponsored by the University was supervised by the leader of the team who is also the Head of Department of Chemical Engineering, Professor James Omoleye.

The greatest advantage the CU IDEA has over any other electric car developed is the use of both electric and fuel power systems, which increases its distance coverage by 350%. “That is, if other cars can cover a distance of 50 kilometres before the batteries require charging, CU IDEA is able to cover three and a half (200 kilometres) before it will require charging”, Professor Omoleye explained.

The beauty of this invention, according to him, is that the cars can run on both systems simultaneously which gave them the name Dual Engine. Another advantage of the products is that they are able to eliminate atmospheric emission, which is a concern all over the world.

The research work, according to Professor Omoleye, started in 2009, when Covenant University received a research grant from the David Oyedepo Foundation. “Within one year, the researchers were able to design and assemble the dual engine and replace the fuel combustion engine from imported cars. We did the same thing for saloon cars and a tri-cycle, we also introduced Air-condition and it was a success”, he explained. 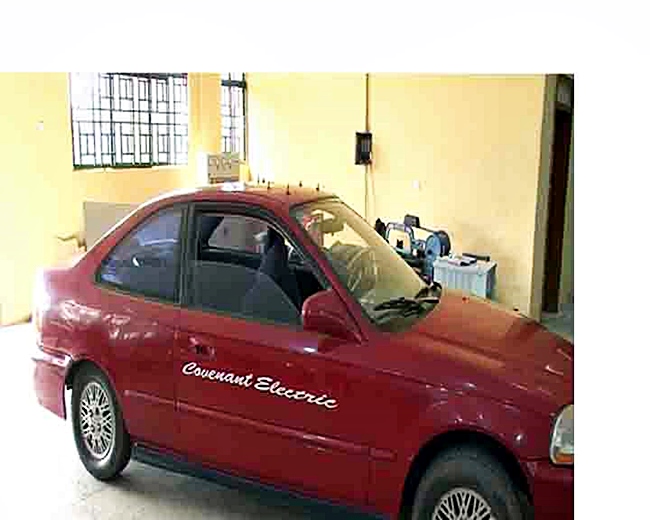 “So, the dual engine we have designed has the ability to replace the fuel proportion section with the fuel cell. In that case, it would be battery and fuel cell. It is also flexible that, if tomorrow the Solar Energy becomes efficient; our system can also incorporate battery and Solar Engine to do the same thing. In fact, any renewable energy system that comes up will be good enough for our system”, he disclosed.

AutoReportNG learnt that these cars are used as a shuttle car at Covenant University. T[b]he issue why CU works are not online we learnt is because mobile phones are banned on campus, the students can’t do much to showcase most of their innovations reason we have limited pictures on this.[/b] 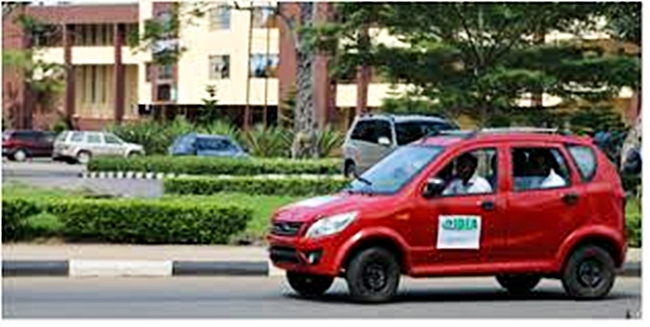 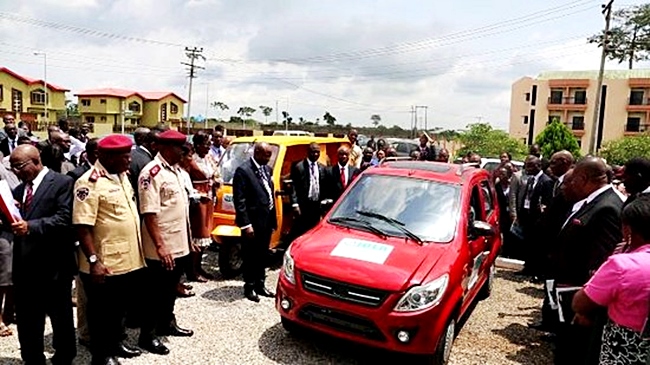 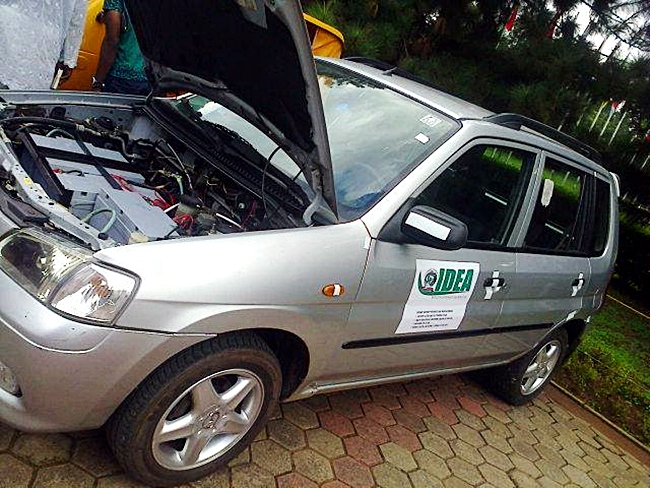 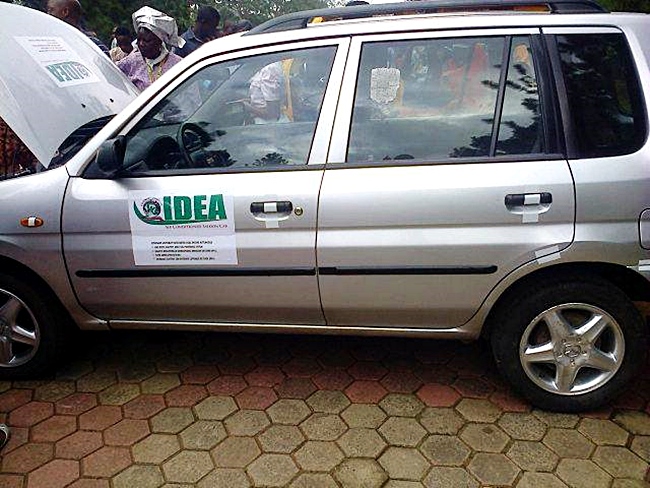 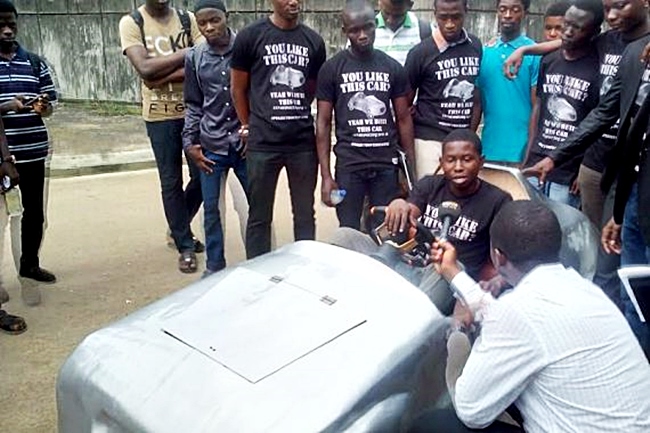 The project, which began in 2014, was initiated by two engineering graduates (then undergrads), Olukoya Olusanya and Maduka Smart, who later enlisted the help of other mechanical engineering students. The result of the collaboration was a zero-emission electric-powered prototype vehicle called dubbed the DOVE P1. 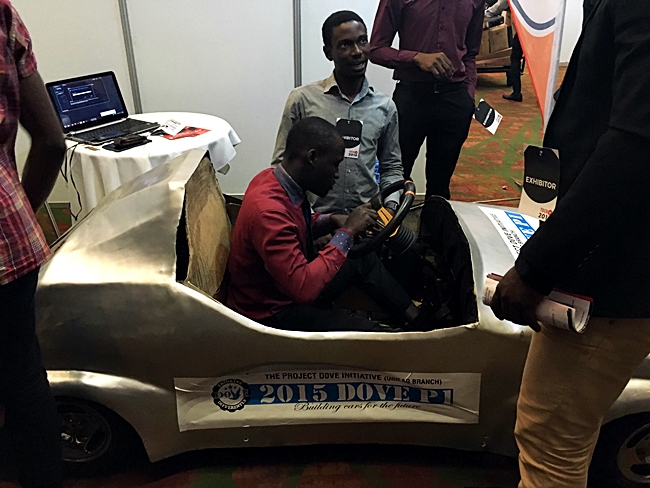 The DOVE P1, which is made of a fibreglass body, weighs in at about 200kg and is capable of speeds of up to 35 km/h. Going through the group’s official blog site, AutoReportNG noticed that they gave a detailed report of how the car was made right from the drawing to the finish.

Our aim is not to condemn any party involved but just to put the records straight… These images may inspire you. 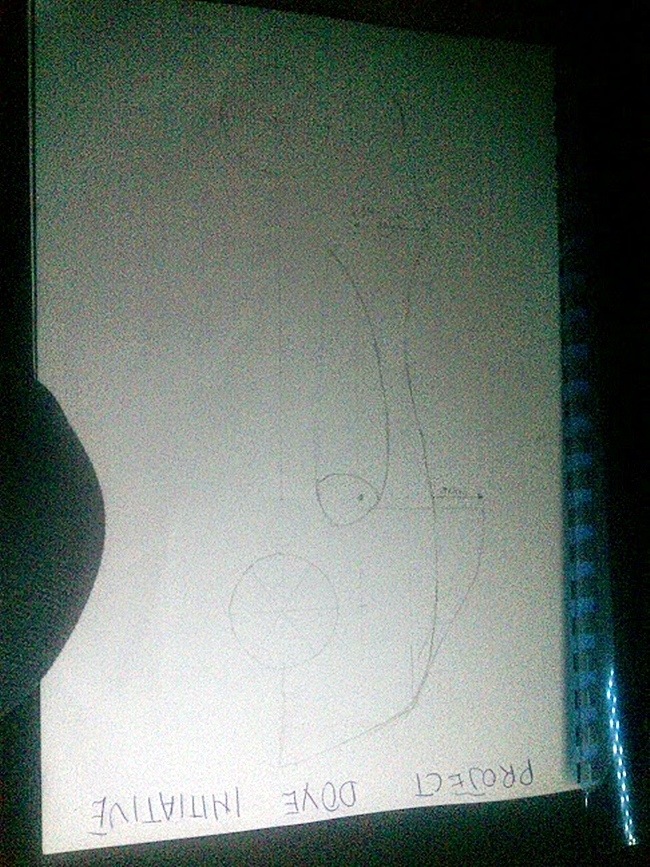 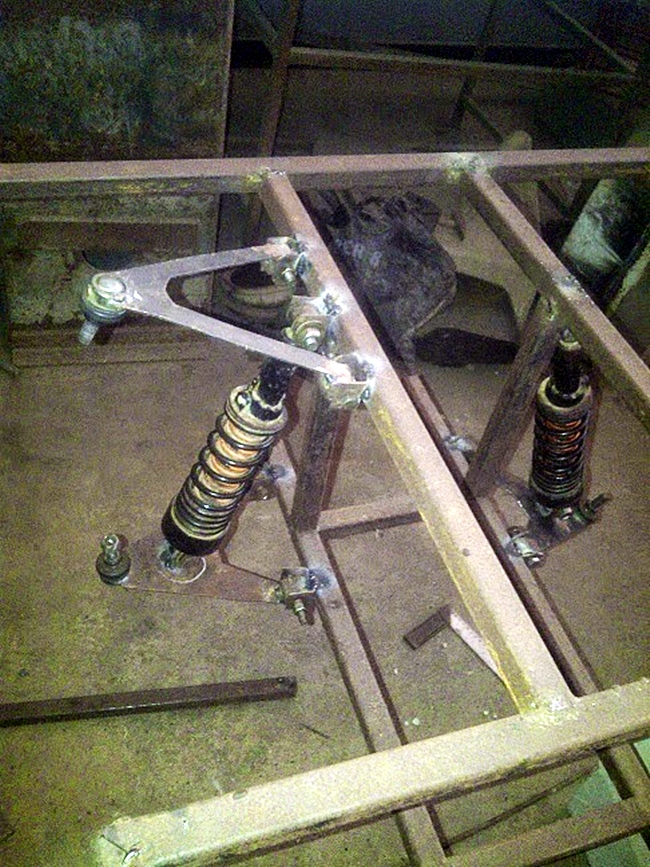 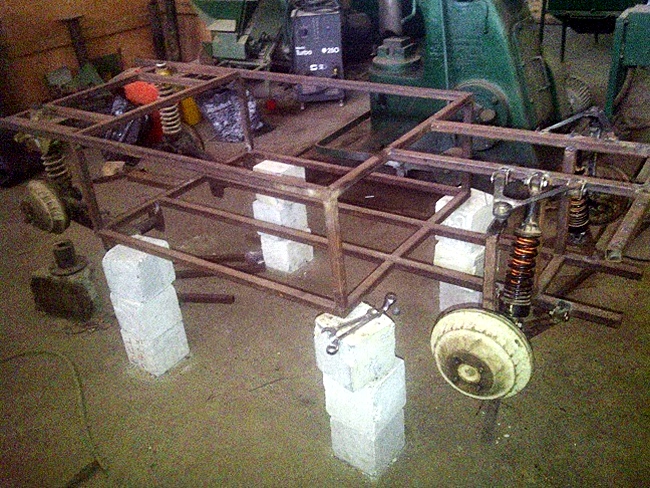 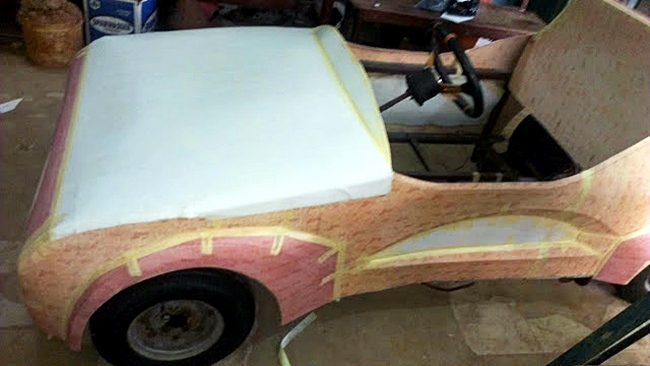 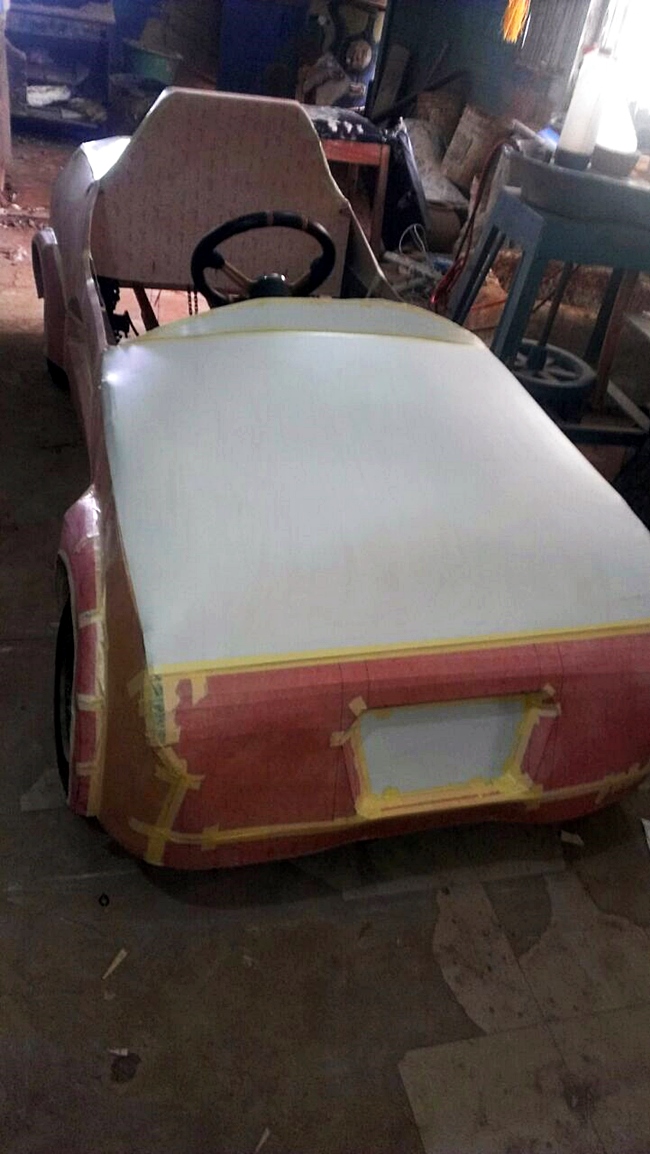 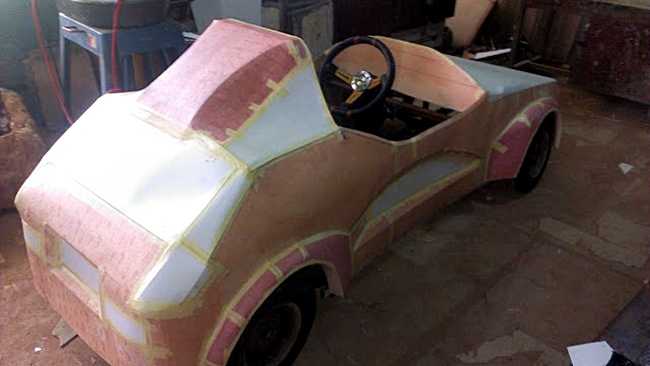 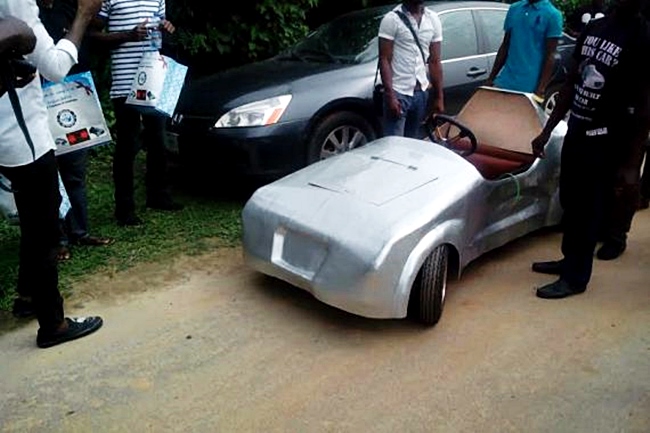 Want to see more of their pictures? Please check on the source for more pictures

Read Also: 2face: Any God That Tells You To Judge And Kill Others Is A Scam